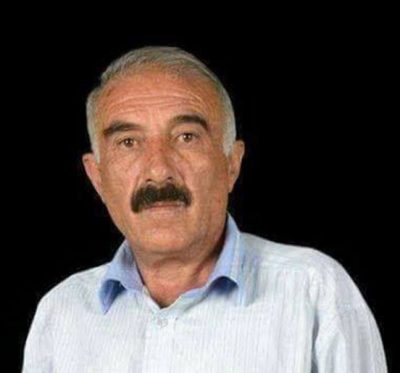 Israeli soldiers killed, Tuesday, a Palestinian man in the ad-Dowwara area, in Sa’ir town, south of the southern West Bank city of Hebron, after the army resorted to the excessive use of force against nonviolent protesters.

Jabareen, a member of the Local Council in Sa’ir town, was rushed to the Emergency Unit at the al-Ahli Hospital, but died from the severe effects of the toxic gas bombs fired by the soldiers at the nonviolent protesters.

Members of the immediate family of the slain man said Edrees did not suffer from any health issues, or preexisting conditions, especially since he underwent routine medical checkups just a few days ago, and received a clean bill of health.

In addition, an armed Israeli colonialist settler tried to ram a young man, identified as Bilal Za’tari, 28, with his car near Khirbat Qalqas area, south of Hebron city, and when the man managed to run away, the settler shot him with a live round in his arm, and fled the scene.

The wounded young man suffered a moderate injury, and was rushed to the Al-Ahli Hospital in Hebron.

Furthermore, the soldiers attacked protesters in the al-‘Arroub refugee camp, north of Hebron, with live fire, gas bombs and concussion grenades, in addition to directly targeting a home with gas bombs.

The soldiers also invaded and ransacked many homes in the refugee camp, and interrogated several Palestinians while inspecting their ID cards.