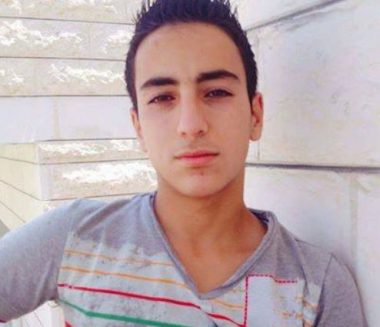 After a video was published showing Israeli soldiers dragging a severely wounded Palestinian boy across the ground, resulting in his death, the Israeli military announced that they will launch an investigation of the incident.

In most cases in the past, such internal military investigations have been largely formalities, with no charges resulting against the soldiers involved in the incidents.

In 2015, the Israeli human rights organization Yesh Din reported, the Israeli military opened investigations into 186 incidents of violence against Palestinians by Israeli soldiers, with just 4 resulting in convictions.

Israeli military authorities initially claimed that the child, Qusay al-Amour, was engaged in a “violent riot” and was a “main instigator” – they claimed that there were more than 200 Palestinians involved in a “riot”. But video evidence of the scene shows no more than a dozen youth throwing occasional stones at the invading Israeli military force.

updated from:
Video shows soldiers abusing, killing Palestinian boy they had shot by dragging, pulling him
Published on: Jan 17, 2017 @ 23:45

In a newly-released video of the Israeli military killing of a 17-year old Palestinian boy in Bethlehem Monday, the Israeli soldiers who fired live rounds at the youth can be seen dragging the severely wounded teen across the ground, banging his head and pulling at his limbs and torso.

Medical observers who have seen the video have pointed out that the boy, 17-year old Qussai Hasan al-‘Amour, may have survived the gunshot wounds had he not been dragged and pulled by the soldiers.

al-Amour was lying on the ground after being shot by the Israeli military, but was still moving and was clearly still alive, when the soldiers moved in rapidly and grabbed him, then began running, dragging and dropping his body and banging his head for a length of over 100 meters to where their military jeeps were stationed.

The video also shows the soldiers fired at Palestinian three women who were trying to reach the seriously wounded teen, wounding one of them in her leg, and also wounding a young man who was trying to hold her hand to help her away from the scene.

The Video was captured by Hisham Abu Shaqra, a Palestinian journalist who works for the Turkish Anadolu News Agency, who nearly a year ago was shot by Israeli soldiers with a Tutu expanding bullet, north of Bethlehem.

Abu Shaqra was also abducted by the soldiers, on Friday March 18, 2016, after the soldiers shot and killed Mahmoud Ahmad Fannoun, 21, from the southern West Bank city of Hebron.

Medical sources at the Beit Jala governmental hospital in Bethlehem, said Qussai Hasan al-‘Amour, 17, was killed after the soldiers shot him with three live rounds in the chest, and three other rounds in his limbs.

One of the Emergency Unity doctors at the hospital said one of the bullets directly struck the teen in his heart.

After shooting the teenager, the army prevented Palestinian Red Crescent medics from, took him away and handed his body to the Palestinian District Coordination Office (DCO), less than thirty minutes after he was killed. The soldiers also shot and wounded four Palestinians, including one woman, while many others suffered the effects of teargas inhalation.