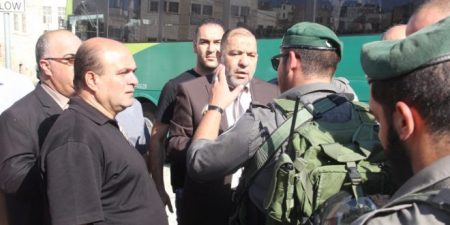 Israeli forces, on Wednesday, assaulted Hebron’s mayor, Tayser Abu-Sninieh, and prevented him from visiting the schools in the old city of Hebron, due to the start of the new school year.

The old city of Hebron is located in the H-2 area, a mix of areas B and C. Area C falls under full Israeli military and civil control.

One of the infamous settlers in the old city named “Ofer” verbally assaulted the mayor, threatening to kill him. He also instructed Israeli soldiers not to allow Abu Sneineh to enter the area and take him out by force.

According to the PNN, Israeli forces summoned a troop from the army in order to force everyone in the area to leave.

Abu Sneineh carried out a tour this morning in several schools with the Director of Education in Hebron Atef Al-Jamal and the Palestinian DCO director in Hebron Mohammed Yassin as the new school year.