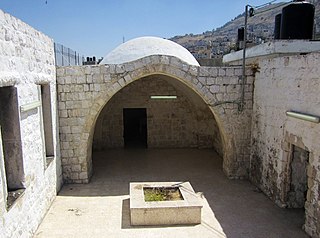 Israeli troops attacked Palestinian civilians near Nablus, shooting thirteen with rubber-coated steel bullets and one with live ammunition near dawn on Tuesday.

Joseph’s Tomb, believed to be the location where the prophet Joseph was buried, has been venerated by Samaritans since the second century CE. A community of several hundred Samaritans have lived continuously in the hills outside Nablus for 2,000 years – although they practice Judaism, they are Arabic-speaking and are not accepted by Israel as a Jewish tribe.

The site has become, in recent years, a place of pilgrimage for extremist Israeli Jewish settlers, many of whom attack Palestinians on their way into and out of what they consider to be a holy site. Some Jewish theological scholars have pointed out, “the patriarch Joseph was not an Israelite hero who became Egyptianised, but an Egyptian divinity who was Hebraised”.

In the attack on Tuesday, dozens of Israeli settlers stormed Joseph’s Tomb, amid protection from the Israeli army, and confrontations erupted in the area.

Israeli forces invaded the area near the tomb, where they were met by youth from the nearby village who began to throw stones at the invading military. The army shot at the youth with less-than-lethal and live ammunition.

Ahmad Jibril, director of the Emergency and Ambulance Center in the Red Crescent in Nablus, said that clashes erupted in the vicinity of Joseph’s tomb, which led to the injury of a young man with live bullets in the abdomen.

In addition, 13 people were hit with rubber-coated metal bullets, one of them in the face.

27 civilians suffered from tear gas inhalation, including people who were gassed while in their homes. Most were treated on site, but one was taken to the hospital for treatment.