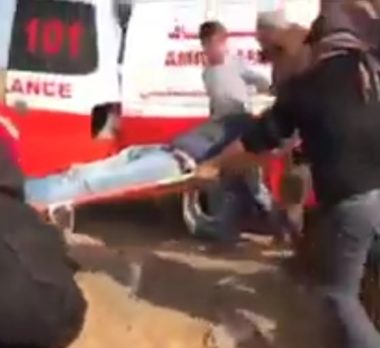 Israeli soldiers injured, on Tuesday evening, four Palestinians and caused many others to suffer the effects of teargas inhalation, east of Gaza city.

Dr. Ashraf al-Qedra, the spokesperson of the Health Ministry of Gaza, said the soldiers shot four Palestinians in Malaka area, east of Gaza city, causing moderate wounds, before the medics rushed them to a local hospital.

He added that several Palestinians suffered the effects of teargas inhalation and received the needed treatment by field medics.

On Monday evening, the soldiers shot three young Palestinian men with live fire, east of Rafah, in the southern part of the Gaza Strip.

On Friday, February 22, the soldiers killed a child, identified as Yousef Sa’id ad-Daya, 14, and injured 41 other Palestinians, including a medic, after resorting to the excessive use of force against the Great Return March processions.