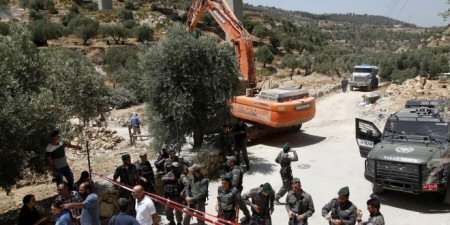 Israeli forces, on Tuesday, uprooted dozens of Palestinian-owned olive saplings in the Khirbet Abziq hamlet, east of Tubas, in the northern Jordan Valley.

Daraghmeh said, according to the PNN, that the soldiers helped the nature employees remove and seize poles and barriers that were placed around the trees to protect them.