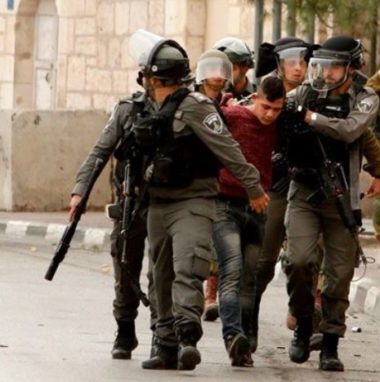 WAFA said that the two youths were abducted and taken to an unknown destination.

In the meantime, Israeli troops invaded the Aida refugee camp, north of Bethlehem, in the southern West Bank, and broke into the home of Palestinian youth, Ahmad Hammad, before abducting him.

Israeli forces have intensified their invasion and abduction operations, across the occupied West Bank, particularly in East Jerusalem.

Noteworthy, last week, many residents of Abu Dis were injured by army fire of rubber-coated steel bullets and tear-gas, when they protested the military invasion of their neighborhood.

Despite international law and United Nations resolutions, the current US administration declared the entire East and West Jerusalem, as the capital of Israel.

Article 49 of the Fourth Geneva Convention states that it is forbidden for the occupier to transfer its population onto the land which it occupies.