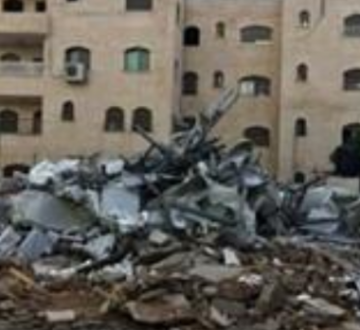 Israeli soldiers invaded, Wednesday, the al-Jisir area, between Jabal al-Mokabber and Silwan town, south of the Al-Aqsa Mosque in occupied East Jerusalem, and demolished storage rooms and a car-wash facility, owned by Mousa Obeidat, and abducted one Palestinian after shooting him.

The soldiers invaded the facilities and demolished them, under the pretext of being constructed without a permit from the Jerusalem City Council.

Many Palestinians protested the invasion and the demolitions, before the soldiers shot a young man, identified as Ali Ziad Odah, with a rubber-coated steel bullet in his leg, and abducted him, after repeatedly assaulting him.

It is worth mentioning that the soldiers have abducted 21 Palestinians at dawn, in different parts of the West Bank, after invading and searching their homes, the Palestinian Prisoners’ Society (PPS) has reported.