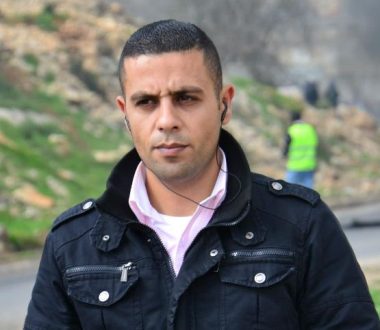 The journalist was held without charges for 40 consecutive days, and was ordered to pay a 2500 Shekels fine.

Ali was taken prisoner from his home in Burham village, north of Ramallah, after dozens of soldiers invaded the village, and stormed hi property at dawn.

Following his release, Ali was welcomed by his wife and family, in addition to hundreds of Palestinians in his village.