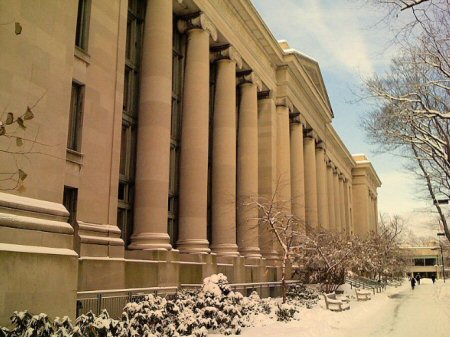 Over 100 pro-Palestinian law students from Harvard University, today, walked out of a lecture held by Dani Dayan, current Consul General of Israel in New York, at the Harvard Law School.

A video posted online, by the Harvard College Palestine Solidarity Committee (Harvard PSC), shows students participating in the silent walk-out of the event and holding signs reading, ŌĆ£Settlements Are A War Crime,ŌĆØ moments after Dayan began his speech, leaving the latter speaking to mostly empty seats.

The students joined forces with the protest organized by the Alliance for Water Justice in Palestine, outside Austin Hall.

Dayan is a vocal advocate for the illegal expansion of Israeli settlements into Palestinian territory. In a 2012┬Āop-ed┬Āin the New York Times, he wrote that the international community should abandon its vain attempts at the two-state solution and accept the Israeli presence in the West Bank as ŌĆ£an irreversible fact.ŌĆØ Israeli settlements are blatant violations of┬Āinternational law, and the Israeli settler movement is a violent project of settler-colonialism in occupied Palestine.

Activists online strongly criticized HarvardŌĆÖs invitation to the Israeli Counselor to deliver a speech at a time the Israeli warplanes aggressively targeted civilian areas in the Gaza Strip.

Israeli Troops Crackdown on a Peaceful Protest in Hebron, Cause Suffocation of Protesters