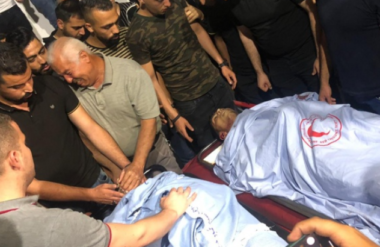 The Palestinian Authority and the office of President Mahmoud Abbas strongly condemned the Israeli escalation and the assassination of two Palestinian intelligence officers and a former political prisoner, in Jenin city, in the northern West Bank.

Nabil Abu Rodeina, the spokesperson of the Palestinian President’s Office, said Israel is escalating the situation to create further tension and added that the extra-judicial assassination of the Palestinian officers is yet another Israeli violation of International Law, and all related treaties and resolutions.

Abu Rodeina stated that the Israeli government is fully responsible for any future escalation, especially since it chose to open fire into a Palestinian Intelligence headquarters in Jenin, while its undercover soldiers executed the officers.

He added that Israel is acting with impunity due to the silence of the International Community and continues its crimes against the Palestinian people and its violation of international law, the Fourth Geneva convention, various United Nations resolutions, and all related international treaties. 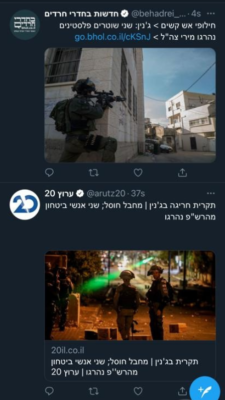 It is worth mentioning that various right-wing Israeli media agencies hailed the extra-judicial execution of the Palestinians as a victory and described the slain Palestinians as terrorists.

It added that one Palestinian, identified as Mohammad Samer al-Bazzour, 23, also an intelligence officer, was seriously injured.

The soldiers also confiscated the car of al-‘Ammouri, and took his corpse to an unknown destination, in addition to abducting a young man who was with him.

Colonel Taleb Salahat, the head of the Palestinian Intelligence headquarters in Jenin, said Taiseer was from Sanour village, south of Jenin, and ‘Olweiwi was from Zawata village near Nablus.

Salahat added that the Palestinian Security Officers were executed by the undercover Israeli soldiers while they were on night guard duty.