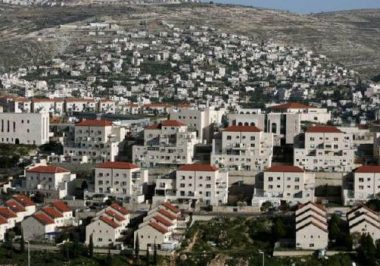 The Palestinian National Authority denounced, Tuesday, the latest Israeli decision to build 300 new units in Beit El illegal colony, north of Ramallah, and 31 units in the heart of Hebron city, in the occupied West Bank.

He added that Israel is stepping up its illegal colonialist activities in the West Bank, including in and around occupied East Jerusalem, to foil international initiatives that seek genuine peace and justice.

Abu Rodeina added that Netanyahu is challenging the world by insisting to continue the construction of illegal colonies, and stressed that there can be no peace and no stability without Israel’s commitment to international law.

His statements came after Netanyahu approved the construction of 300 units in Beit El, north of Ramallah, in central West Bank, while the head of Beit El council said he hopes the move is just the beginning of further constructions and expansions.

Israeli also approved the construction of 31 colonialist units, for Jewish settlers, in the old Central Bus Station, in the Shuhada Street, in the southern West Bank city of Hebron.