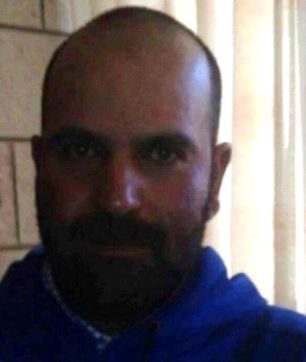 Israeli soldiers shot and killed, on Friday, a Palestinian man in Silwad town, east of the central West Bank city of Ramallah, reportedly after he approached a military roadblock and “refused to heed to the soldiers’ demands to stop,” eyewitnesses confirmed he never posed any threat to the soldiers.

The Israeli army initially alleged that the Palestinian opened fire at a military post, near Ofra illegal colony, before the soldiers shot him, but later retracted its false allegation, and confirmed the man was unarmed.

The military said the main was unarmed, and that it initiated an investigation into his fatal shooting.

Eyewitnesses said the soldiers shot Eyad Zakariyya Hamed, 38, and prevented Red Crescent medics from even approaching him to provide him with the urgently needed aid.

The Palestinian died from his wounds before the soldiers placed him in a black bag, and took his corpse away.

The WAFA Palestinian News Agency said Hamed was with special needs, and was a married father of two children, identified as Zakariyya, 9, and Liyan, 2. One of the soldiers claimed he suspected that Hamed was armed, but after killing him, it became clear the Palestinian was unarmed, and never posed a threat to the soldiers, or anybody else.

Eyewitnesses said Hamed did not carry a knife, or any sort of weapon, and was just walking near the western entrance of the town, on his way to a local mosque for noon prayers.

They added that the soldiers, stationed behind concrete blocks, sand hills and military towers, shot Hamed with two live rounds in the chest and the shoulders, and left him bleeding from 11:30 until 12:30.

Hours after shooting Hamed, the soldiers transferred Hamed’s body to his family, at the al-Jeeb roadblock, northwest of occupied Jerusalem.

On December 25th 2015, the soldiers shot and killed a mother of four children, identified as Mahdiyya Hammad, while driving back home after visiting with her brother and his family.

The woman, who suffered hearing and vision disabilities, was shot dead after the soldiers claimed he tried to ram them with her car, but eyewitnesses confirmed she never posed any danger.

On Friday at dawn, the soldiers invaded the al-‘Arroub refugee camp, north of Hebron, in the southern part of the occupied West Bank, and kidnapped two Palestinians.

Also at dawn Friday, the soldiers invaded the Deheishe refugee camp, south of Bethlehem, shot two young men, and kidnapped a mother and her daughter.

In addition, a number of Israeli navy ships attacked, on Friday at dawn, Palestinian fishing boats in Deir al-Balah sea, in central Gaza, and the Sudaniyya area, in the northern part of the coastal region.

Israeli forces have reportedly killed a Palestinian man near the entrance of Silwad village, to the north of Ramallah.

According to local PNN sources, Iyad Zakaria Hamid, aged 36, from Silwad village, was killed after Israeli soldiers in a military tower, located at the entrance of the village, shot him.

The sources said that the soldiers prevented medical personnel and ambulance crews from reaching the scene. Hamid is married with three children, and is reportedly disabled.

Eyewitnesses said that the Israeli army has amassed troops at the western entrance of Silwad, and prevented Palestinian citizens from accessing the scene of the shooting, as well.

Israeli TV station Channel 10 claimed that, at first, the young man opened fire at an Israeli military post near Ofra settlement (built on annexed land in Silwad), where soldiers responded by shooting at him.

However, it was later reported by the same station that the young man was unarmed and did not open fire, and that the Israeli army had launched investigation into the incident.

The Red Crescent, for its part, said that soldiers present at the scene prevented its ambulance crew from evacuating the victim, and simply left him bleed to death.