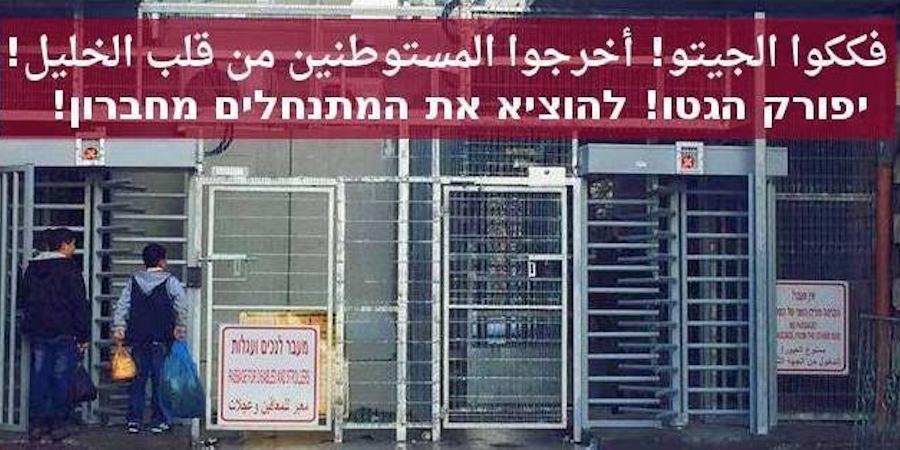 The bodies organizing the event this year have united under the slogan “Dismantle the Ghetto, Take the Settlers Out of Hebron.” The first statement issued by the coalition calls for widespread participation, including by international organizations and individuals in Hebron.

“We encourage all activists who appreciate justice and human rights to come to Hebron on February 24th, and raise their voices, together with the Hebronites, to dismantle the ghetto and evict the colonizers out of the city,” Coordinator of the Hebron Defense Committee Hisham al-Sharabati told the Alternative Information Center (AIC).

The Ibrahimi Mosque Massacre took place on February 25, 1994, when the American-born doctor and Israeli settler Baruch Goldstein opened fire on Muslim worshippers in the Ibrahimi Mosque, killing 29 Palestinians and injuring 150 others. The Israeli government subsequently instituted severe restrictions on Palestinian movement in downtown Hebron, including eventually prohibiting Palestinian foot traffic on Shuhada Street, near where the Mosque is located. Settlers’ access to the religious site and presence in the city has only increased since 1994.

Coordinated solidarity actions under the same slogan will simultaneously take place in cities around the world.

Sharabati explained that Hebron has become “a microcosm of the occupation” as well as “a severe model of colonialism and racism that contradicts human values.”

As is well known, the downtown of Hebron city has been isolated, with many entry points closed to Palestinians entirely, such as Shuhada Street where Palestinians live in isolation and under a brutal regime of military occupation.

The Palestinian population in Hebron’s municipal area is approximately 150,000. About 50,000 Palestinians live in the downtown area, which faces daily human rights violations by settlers located in five small outposts. Thousands Israeli soldiers stationed inside these settlements allow hundreds of settlers to continue to colonize the heart of Hebron at the expense of the indigenous Palestinian population.