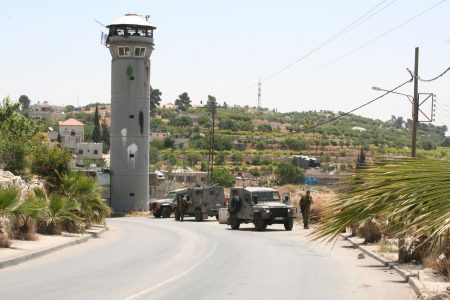 In the West Bank, on 10 April 2017, medical sources at Assuta Medical Center in Tel Aviv pronounced Jasem Nakhleh, 18, from al-Jalazoun refugee camp, north of Ramallah, dead due to wounds he sustained earlier. The aforementioned person was wounded on 23 March 2017, when Israeli soldiers stationed in a watchtower around “Beit Eil” settlement, north of Ramallah, opened fire at a civilian car with 5 passengers inside, including 3 children. As a result, Mohammed Khattab (17) died immediately while the 4 others, including Nakhleh, were wounded then. Nakhleh was taken to Palestine Medical Center in Ramallah, but on 27 March 2017, he was transferred to Assuta Medical Center in Tel Aviv, where he remained until he passed away.

According to PCHR’s investigations, at approximately 20:00 on Thursday, 23 March 2017, the Israeli soldiers stationed in the watchtowers established on the western outskirts of “Beit Eil” settlement, north of Ramallah, adjacent to al-Jalazoun refugee camp from the eastern side. They opened fire at a civilian car travelled by 5 Palestinians, including 3 children; five of them were from the abovementioned camp. As a result, Mohamemd Hattab (17) sustained 2 live bullet wounds to the chest and shoulder while the 4 others were wounded, including Jasem who sustained 2 live bullet wounds to the head and right thigh. The wounded child was taken to Palestine Medical Complex in Ramallah as his condition was classified as serious. On 27 March 2017, Jasem was transferred to “Assuta” Hospital in Tel Aviv. The medical sources said he was clinically dead until his death was announced.

During the reporting period, Israeli forces conducted at least 49 military incursions into Palestinian communities in the West Bank and 10 others in occupied Jerusalem and its suburbs. During these incursions, Israeli forces abducted at least 71 Palestinian civilians, including 11 children. Thirty-three of them, including 5 children, were abducted in occupied Jerusalem. Among the abducted were Ahmed Atwan (52), PLC member representing the Change and Reform Bloc of Hamas movement, and Fayez Abu Warda, Hamas spokesperson in Ramallah and al-Bireh.

In the Gaza Strip, in the context of targeting the border areas, on 07 April 2017, Israeli forces stationed at the border fence between the Gaza Strip and Israel, east of Gaza valley, opened fire at farmers and shepherds, but no casualties were reported.

The Israeli authorities decided to close the Gaza Strip border crossings from Sunday, 09 April 2017, to Monday, 17 April 2017, due to the Jewish Passover. Israeli sources added that only humanitarian cases and doctors would be allowed to travel.

Following the Friday prayer on 07 April 2017, dozens of Palestinian civilians and Israeli and international human rights defenders organized demonstrations in Bil’in and Nil’in villages, west of Ramallah, and in Nabi Saleh village, northwest of the city, protesting against the annexation wall and settlement activities. Israeli forces forcibly dispersed the protestors, firing live and metal bullets, tear gas canisters and sound bombs. They also chased the protesters into olive fields and between houses. As a result, many of the protesters suffered tear gas inhalation while others sustained bruises due to being beaten up by the Israeli soldiers.

At approximately 13:30 on Monday, 10 April 2017, a number of young men gathered near the entrance to “Psagot” settlement established on the eastern outskirts in al-Birah. They threw stones and empty bottles near the abovementioned settlement’s fence. The Israeli soldiers fired sound bombs, tear gas canisters and rubber-coated metal bullets at the young men in response, but no casualties were reported.

In addition, the PCHR calls for a prompt intervention to compel the Israeli authorities to lift the closure that obstructs the freedom of movement of goods and 1.8 million civilians that experience unprecedented economic, social, political and cultural hardships due to collective punishment policies and retaliatory action against civilians.