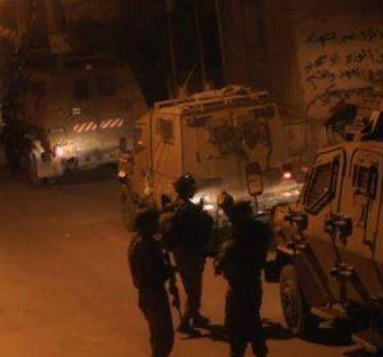 The Palestinian Prisoners Society (PPS) has reported that Israeli soldiers have abducted, overnight and at dawn Sunday, at least fourteen Palestinians, in different parts of the occupied West Bank.

In Jerusalem, the soldiers abducted Raed Zghayyar, from his work in Al-Aqsa mosque, and issued an order barring a child from entering the holy site for two months.

It is worth mentioning that the soldiers have abducted around 120 Palestinians in Jerusalem, over the past two days, and released most of them later.