Qaraqe’: “Salhi Was Left To Bleed To Death For Ninety Minutes” 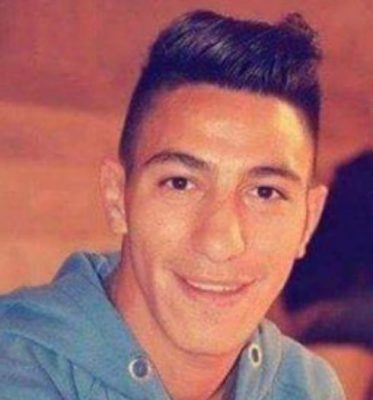 The head of the Palestinian Detainees’ Committee Issa Qaraqe stated that Raed Salhi, who on Sunday September 3, died at the Hadassah Israeli Medical Center in Jerusalem, from serious wounds suffered on August 9, 2017, was left to bleed to death for more than ninety minutes, when Israeli soldiers shot him after the army invaded Deheishe refugee camp, south of Bethlehem.

Qaraqe’ stated that the soldiers shot Salhi while attempting to abduct him, and left him bleeding for more than ninety minutes, after preventing local medics from approaching him.

“The soldiers shot Salhi with the full intent of killing him; this is why they shot him with more than five live rounds in the abdomen, damaging his liver,” Qaraqe’ said, “He remained on life support until he uttered his last breath.”

He added that what happened to Salhi is a repeated occurrence, a deliberate policy to ensure the death of young Palestinian men, instead of arresting him, and demanded a credible international investigation into Israel’s policies of assassinations, and the obstruction of urgently needed medical services.

“The medical report by Hadassah revealed that Salhi arrived at the medical center suffering very serious wounds following gunshot injuries to his chest and abdomen, leading to deadly damage to his organs,” Qaraqe’ added.

His statements came as he visited families or Palestinians who were killed by the Israeli army, and those who are imprisoned by Israel.