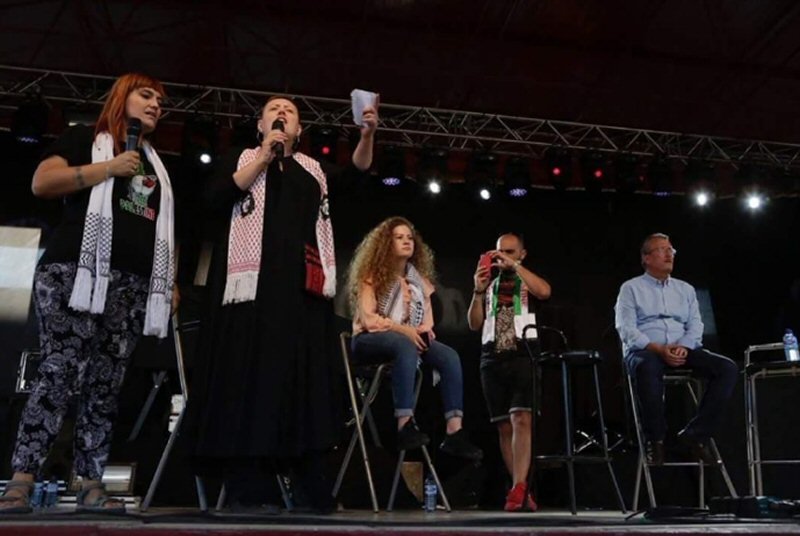 Samidoun Palestinian Prisoner Solidarity Network joined the welcome for Ahed Tamimi and call for a free Palestine in Madrid on 29 September. Samidoun international coordinator, Charlotte Kates, spoke alongside former Palestinian child prisoner and anti-colonial land defense activist Ahed Tamimi at the annual 2018 Fiesta, organized by the Communist Party of Spain. The event was attended by large crowds of enthusiastic supporters of the Palestinian cause.

The Fiesta event was part of Ahed Tamimi’s whirlwind tour around Europe after her release from Israeli prison; she and her family were originally blocked from leaving occupied Palestine by the Israeli occupation before she, her mother Nariman – a fellow political prisoner, her father Bassem and her two younger brothers joined their tour. Ahed and the Tamimi family spoke in cities across France and Athens, Greece before participating in several events in Spain.

Kates presented at an afternoon event celebrating Ahed and supporting the Palestinian liberation struggle. Also speaking at the event were Manu Pineda, international relations chair of the Communist Party of Spain; Bassem Tamimi, Ahed’s father and a long-time land defense organizer in the village of Nabi Saleh; and Ahed herself, who was greeted with immense enthusiasm by the crowds in Madrid.

Ahed emphasized that Palestinians would continue to resist and seek freedom and liberation for Palestine, part of the international struggle for justice and liberation. She asked for more international solidarity, more boycotts of Israel and more support to help Palestinians achieve their freedom, identifying the forces of capitalism as those who are suppressing the rights of people around the world. Enthusiastic chants of “Que viva la lucha del pueblo palestino”! followed the speeches.

After the event, Ahed expressed her support for the Week of Action to Free Georges Abdallah: 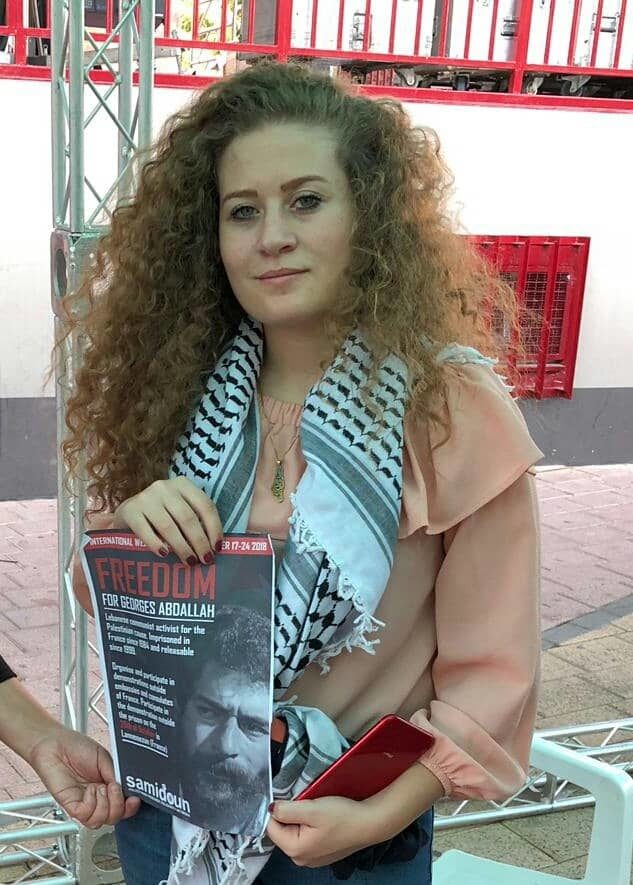