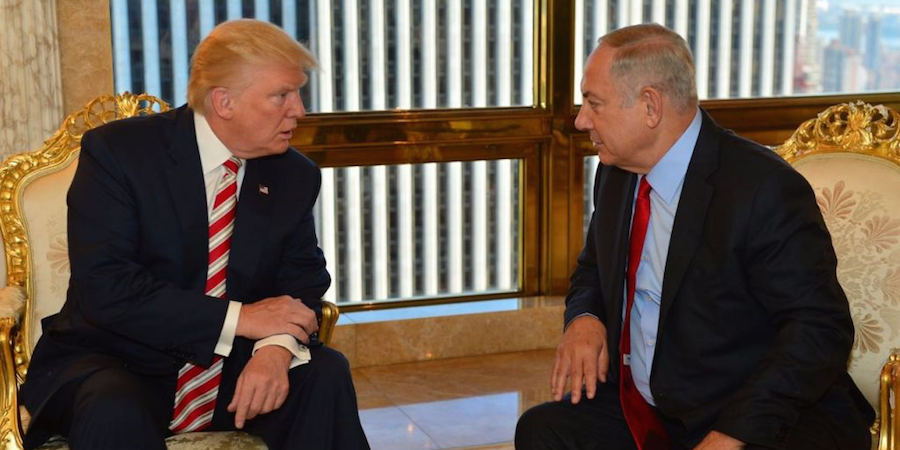 The U.S. election results, on Wednesday, were welcomed with excitement in Israel.

Israeli minister of education Naftali Bennett (Habait Hayehudi) called the election of Donald Trump a once in a lifetime opportunity to end what remains of the Oslo Accords, as well as the prospect of a Palestinian state.

“A person has, in his life ,several opportunities to change its course,” Bennett’s Facebook post a day after the election began. He continued:

“However, opportunity… is not enough. We have to make decisions and act. Otherwise, this opportunity may be missed forever. The same happens in the life of a nation.

“It is time to apply Israeli law to the Jordan Valley, Ma’aleh Adumim, Gush Etzion, Ofra, Ariel and all Jewish settlements in Judea and Samaria,” he clarified and concluded.

For Bennett, like many Israelis, Trump’s election compliments the so-called “the disintegration of the Arab-Muslim world” and thus supports the political conditions under which Israel can fulfill its yearning for annexation. This right-wing Israeli hope is nursed by the prospect that Jason Greenblatt will be Trump’s top advisor on Israel.

Greenblatt is a real estate attorney from Teaneck, New Jersey, who worked for Trump for the last 19 years on business matters, exclusively.

In an interview with the Jewish Telegraph Agency, Greenblatt admitted that he hasn’t met any Palestinians since he was a yeshiva student in the mid-1980s at Yeshivat Har Etzion – located in a West Bank settlement. He attests he “interacted” there with Palestinian laborers, gardeners and shopkeepers. He also did occasional armed guard duty for the settlement.

So, how does Greenblatt – a real estate attorney that hasn’t met a Palestinian since he studied in a settlement – keep up to date with current events in the region? Daily email alerts, the American Israel Public Affairs Committee, and a Jewish radio program with Malcolm Hoenlein.

“I also speak to people that I would say are involved in the Israeli government at certain levels and hear their thoughts,” Greenblatt added to his list of sources.

In a recent interview with the Israeli Army Radio station, on Monday, Greenblatt stoked Israeli settlers’ excitement by insisting that Trump does not view settlements as an obstacle to peace, nor does he believe Israeli settlement activity deserves condemnation.

As Bennett and Greenblatt’s statements show, U.S. President-elect Donald Trump’s recent victory makes the contradiction between the leadership of the U.S. government and the concerns of average people around the world more acute.

Soon a Nobel Peace Prize winner who renewed diplomatic relations with Cuba at the same time as carrying out drone assassinations around the world will no longer be at the helm of the U.S. Instead, Trump will. And Trump, along with his team of advisors, represent a clear and dangerous attempt to imbue imperialism with a renewed sense of virility. For those of us in the Middle East, this is unequivocally bad news.

(Edited for the IMEMC by chris  imemc.org)