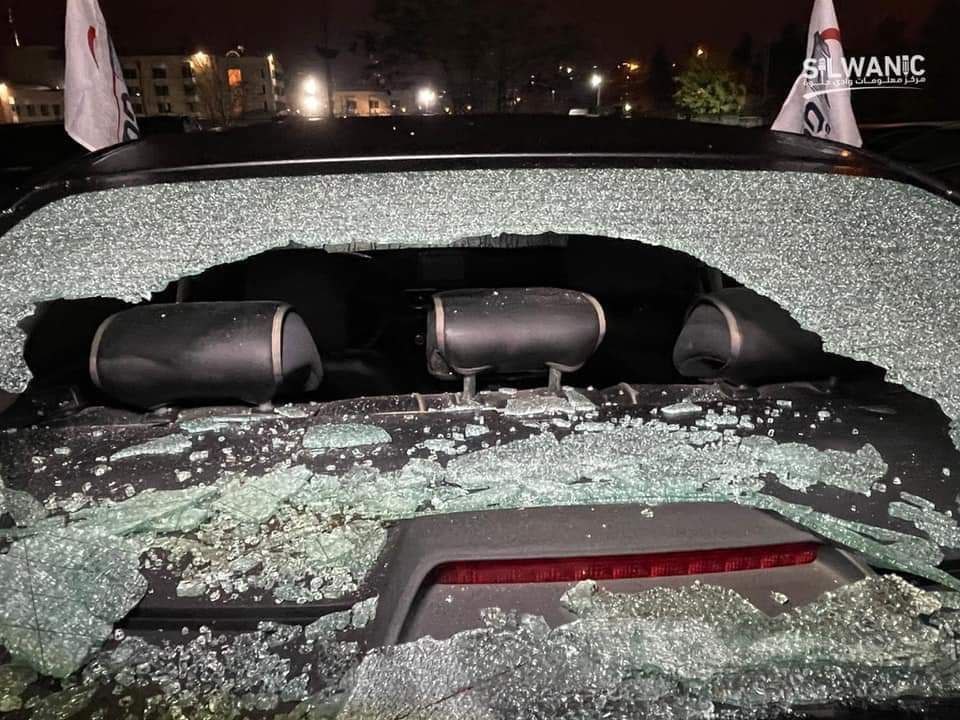 Correspondent for WAFA stated that overnight Tuesday Israeli settlers smashed the windshields of a number of vehicles belonging to Palestinians in the neighborhood.

For several days, Israeli police have imposed a siege on the neighborhood to protect the far-right extremist and Israeli Knesset member Itamar Ben Gvir’s office which he set up in a clear act of incitement.

The Sheikh Jarrah neighborhood has seen demolitions and forcible transfers in the last several months, including the Salem family who recently received a final eviction order from the Israeli occupation authorities after granting the property to the illegal Israeli colonizers.

Several other Palestinian families in the neighborhood continue to be under the threat of mass forcible transfer by Israeli courts.

It is important to note that in 1967, Israel occupied the West Bank and Gaza Strip, on November 22, 1967, the United Nations Security Council passed resolution #242 recognizing East Jerusalem as occupied by the state of Israel, founded in 1948.

Article 49 of the Fourth Geneva Convention states the following;

Therefore all settlements in East Jerusalem in addition to the rest of the West Bank are illegal under International Law and Security Council resolutions.