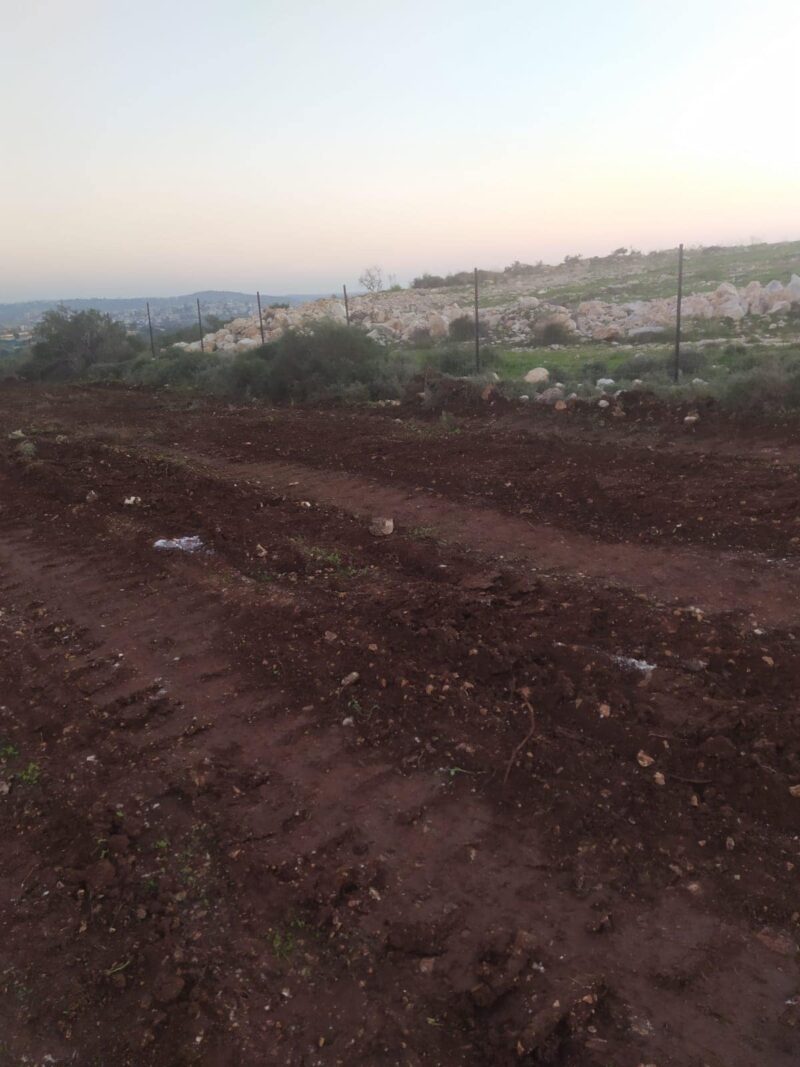 Also on Tuesday, Israeli colonizers cut 50 olive saplings in the Dahr Subh area in Kafr ad-Dik, according to the Wall & Colonization Resistance Commission.


The trees, belonging to a Palestinian resident, identified as Ikrimah Jihad Al-Deek found 50 of his olive saplings uprooted and cut by illegal colonists from one of the several nearby settlements.

Local farmer Youssef Abu Safiya, and member of the ‘National Committee for the Defense of Lands’ stated;

“bulldozers razed large areas of the lands of the citizens of the towns of Kafr Ad-Deek and Bidya, located in the Dahr Sobh area, with the aim of seizing them and using them for agricultural purposes.”

Dr. Abdullah Kamil, the Governor of Salfit condemned the land confiscation by the occupation and vandalism carried out by the illegal settlers, characterizing both actions as “organized terrorism”.