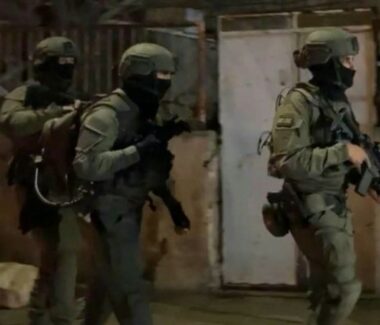 It is worth mentioning that, for the second day, the Israeli army continued the tight siege on Sheikh Jarrah, preventing the Palestinians and solidarity activists from entering the neighborhood while allowing groups of fanatic colonizers to march and call for expelling the Palestinians.

On Saturday night, a group of fanatic illegal Israeli colonizers attacked a Palestinian family in their home in Sheikh Jarrah while Israeli soldiers also attacked and injured many Palestinians.

Dozens of Palestinian families in Sheikh Jarrah face the threat of displacement due to Israel’s illegal colonialist activities and are subject to constant violations by the colonizers, the police, and the army.