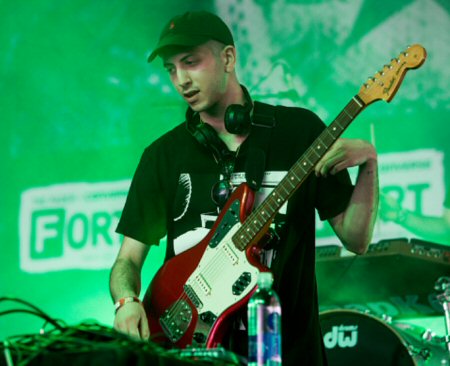 American electronic musician Henry Laufer, a.k.a. “Shlohmo”, has canceled his planned appearance at an Israeli music festival, he announced on Twitter, Saturday.

Laufer apologized to fans and festival staff, in his announcement, saying that “supporting the oppressed thru [sic] my absence is more important to me especially after the [Israeli] government’s recent human rights atrocities.”

“I had said no to playing there for years and the only reason I could find to say yes was if I were to donate my fee to Gaza relief,” Laufer wrote. “But after much dialogue I found it to be a more important statement to say no all together [sic] than to donate. I hope you can understand this decision.”

While Laufer said he was aware that “there is a huge population of Israelis who protest the state policies + support Palestinians,” he found that “the more I dwell on the issue the more I can’t justify going. I urge others to research the issue.”

The musician was set to perform at the Israeli Meteor Festival in the occupied Al-Jaleel on September 7. The festival aimed to beautify the image of Israeli occupation.

Singer Lorde canceled a planned show for Israel in December, saying that she “didn’t make the right call” when deciding to perform.

In 2010, Elvis Costello canceled two shows in Israel, saying it was “impossible to look the other way” about Israeli policies. The same year, Gil Scott-Heron said he would not play in Israel “until everyone is welcome there.”