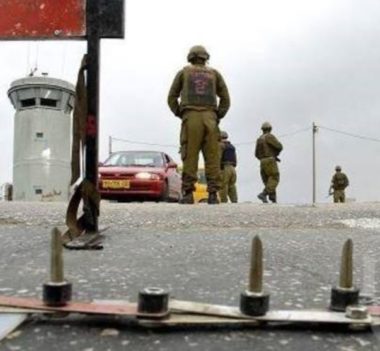 The Jenin office of the Palestinian Prisoners’ Society (PPS), said the soldiers abducted Mohammad Jamil Zeidan, 24, after stopping him at Za’tara military roadblock, south of Nablus.

It added that the young man is from Jaba’ town, south of the northern West Bank city of Jenin, and that the soldiers took him to a nearby military base.

In related news, the soldiers invaded the al-‘Arroub refugee camp, north of Hebron, and caused many Palestinians to suffer the effects of teargas inhalation during ensuing protests.