Soldiers Abduct A Palestinian Near Qalqilia 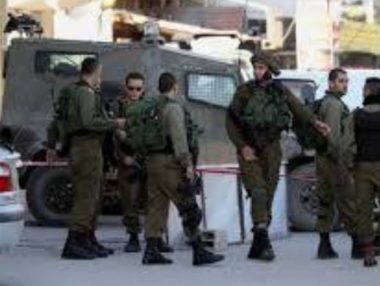 Israeli soldiers abducted, on Tuesday evening, a young Palestinian man in Qalqilia, in northern West Bank, after stopping him at a sudden military roadblock.

Media sources said that the soldiers installed a sudden military roadblock at the eastern entrance of Qalqilia, before stopping and searching dozens of residents and cars.

They added that the soldiers abducted Mohammad Hotari, 19, while returning to his home from Ramallah.

On Tuesday at dawn, the soldiers abducted a young Palestinian man, and summoned two others for interrogation, in occupied East Jerusalem.

On Monday at night, the army abducted two Palestinians in Jenin, in northern West Bank, and one in Ramallah, in the central part of the occupied territory.