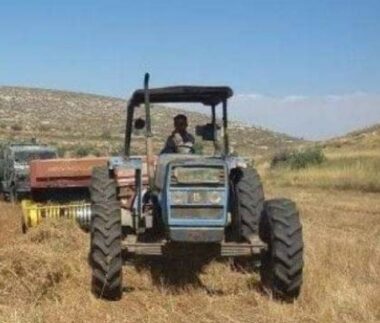 Israeli soldiers confiscated, Thursday, a Palestinian tractor in al-Boqei’a Meadow, in the Northern Plains of the Jordan Valley, in the occupied West Bank.

He added that the lands are close to two illegal colonies that were built on stolen Palestinian lands and are subject to frequent violations by the soldiers and the colonizers.

The violations include the confiscation of agricultural tools, attacks against the shepherds, abductions, and demolitions.