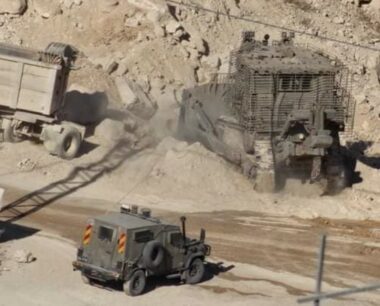 Local sources said the soldiers closed agricultural roads leading to the mountain by placing sandhills to prevent the Palestinians from reaching and working on their lands.

The sources added that the soldiers also bulldozed lands in the area, an act that has been a recurrent violation every Thursday, aiming at preventing the Palestinian vehicles, including ambulances, from reaching the mountain.

The Palestinians have been holding weekly processions in Sbeih Mountain since May of this year after illegal Israeli colonizers occupied its top and installed an outpost.