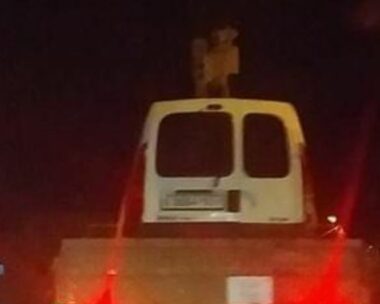 Israeli soldiers invaded, on Monday at dawn, Aqraba town, south of the northern West Bank city of Nablus, before breaking into the home of a political prisoner, and confiscated his car.

Media sources said several army vehicles invaded the village, before the soldiers stormed and ransacked the home of Raddad Bani Minya, who was abducted by the army a few days ago.

They added that the soldiers confiscated Raddad’s car, before moving it into a nearby military base.

It is worth mentioning that Aqraba has been subject to daily invasions and violent searches of homes, in addition to the abduction of many of its residents.

On Sunday evening, May 2nd, three 19-year-old Israeli settlers were shot and injured by gunshots from a passing vehicle while standing on the roadside by Za’tara military checkpoint in southern occupied Nablus.

Israeli Ynet News said, Yehuda Guetta, 19, of Jerusalem, one of the Israeli settlers injured in a shooting attack at the Za’tara military checkpoint, died on Wednesday, May 5th, from his gunshot wounds at Beilinson Hospital. On May 6th, the soldiers abducted a 44-year-old wealthy Palestinian businessman, identified as Montaser Shalabi, 44, and claimed he was the ‘lone gunman’ behind the drive-by shooting, and confiscated his car.

The night of Shalabi’s capture, Wednesday, Israeli forces killed a Palestinian teenager, identified as Sa’id Yousef Mohammad Odah, 16, who was taking part in protests of the Israeli closure that has been in place for most of the northern West Bank for the past three days. The child, Sa’id Yousef Mohammad Odah, 16, was killed in his hometown, the northern West Bank village of Odla, south of Nablus.

In related news, the soldiers invaded, on Sunday evening, Khallet ad-Dabe’ area, east of Yatta town, south of Hebron city, in southern West Bank, and confiscated a digger truck and air compressor machine, owned by Jihad Harb, while he was digging a well.