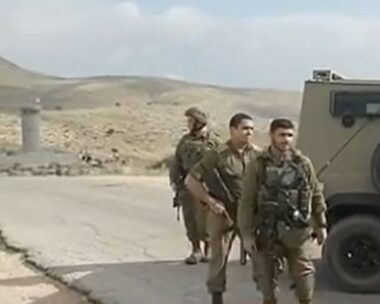 Daraghma added that the soldiers have dismantled and removed many tents, barns and sheds at least seven times in late 2020, and early 2021.

The Israeli army frequently invades the village and surrounding areas, in addition to the constant attacks and violations by the soldiers and illegal colonizers against the locals, especially the farmers and shepherds.

In related news, the soldiers demolished a car repair facility in Beit Jala city, west of Bethlehem in the occupied West Bank, for the fifth time.