Soldiers Halt Construction Of 11 Homes, Playground And Street, Near Salfit 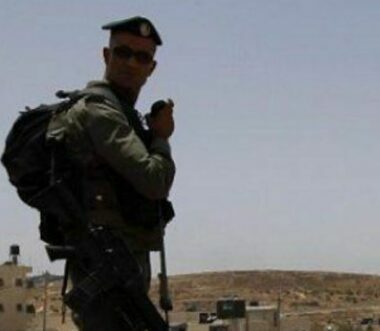 Israeli soldiers invaded, Wednesday, Yasuf Palestinian village, east of the central West Bank city of Salfit, and handed orders halting the construction of eleven homes, a road, and a playground.

He added that the orders target eleven homes, and a playground, in addition to halting the rehabilitation of a road in the community.

The army claims the constructions are carried out without a permit from the so-called Civil Administration Office, the administrative branch on the illegal Israeli occupation of the West Bank, although they are licensed by the Local Council.

In related news, the soldiers confiscated two tents east of Yatta town, south of Hebron, in the southern part of the occupied West Bank.

On Wednesday at dawn, the army abducted 29 Palestinians from several parts of the West Bank, including Jerusalem.