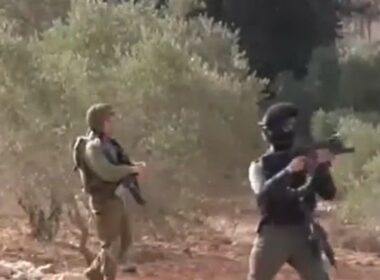 Media sources said the soldiers invaded the village, and deployed around the local high school, before stopping and searching dozens of children.

They added that the soldiers chased many children to force them away, and fired gas bombs and several live rounds, causing dozens of school children to suffer the effects of tear gas inhalation.

It is worth mentioning that, on Tuesday, the soldiers attacked the children in that area, causing several injuries, and obstructing the educational process. Among the wounded is a girl who was injured after a soldier stuck her with his rifle in the shoulder.