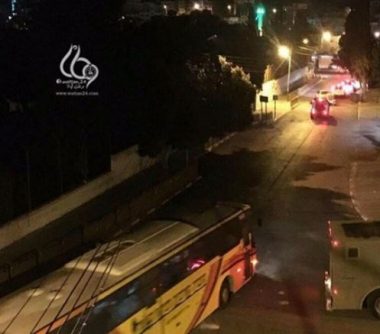 Israeli soldiers invaded, on Tuesday at dawn, the northern West Bank city of Nablus while accompanying several buses of Israeli colonists, headed towards “Joseph Tomb” area, east of the city, and clashed with many Palestinians before wounding two and abducting one.

Media sources in Nablus said the clashes lasted for several hours, and that the soldiers fired many live rounds, rubber-coated steel bullets and gas bombs.

The soldiers also abducted a young man, identified as Mousa Suleiman Sa’ada, and took him to an unknown destination.

Joseph’s Tomb is revered by Jews, Muslims, Christians and Samaritans. Though Jewish Israeli settlers regularly visit the site to perform Talmudic rituals under the claim that it belongs to the biblical Joseph, historical novels stress that the tomb belongs to one Sheikh Yusef Dweikat, a local religious figure.