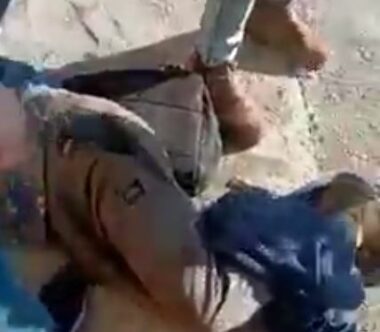 Eyewitnesses said the soldiers, stationed at the gate and towers of the illegal Annexation Wall opened fire at the workers, who were trying to cross, and injured one.

They added that the wounded worker, identified as Ahmad Mohammad Barham, was shot with a live round in the leg before he was rushed to a hospital in Jenin.

On Sunday morning, the soldiers shot and injured another worker, identified as Khaled Mer’eb Freihat with a live round in his leg, in the same area.

The incidents are part of the constant Israeli violations targeting Palestinian workers, and farmers, on lands near the illegal Annexation Wall in Jenin, and several other parts of the West Bank.