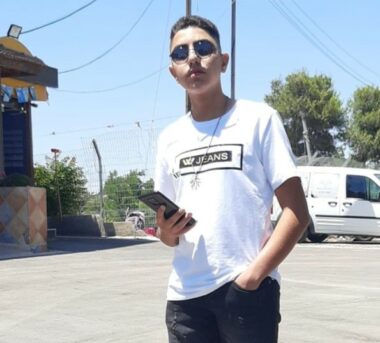 The Maan News Agency has reported that a teenage boy was accidentally killed, on Saturday evening, while he and many residents were helping their neighbors who were forced by Israel to demolish their home in occupied Jerusalem.

Maan said the boy, identified as Ali Burqan, 17, was killed when a wall collapsed on him during the manual demolition of a home in the al-Marwaha Street in Beit Hanina, north of Jerusalem. It added that dozens of Palestinians were helping the family who was forced to demolish its home under the pretext of not being licensed by the City council in occupied Jerusalem.

The family was forced to demolish its home to avoid the excessively high fines and fees which they would incur if the City Council demolished the property using its workers and equipment.

On Friday, a Palestinian family in occupied Jerusalem was also forced to demolish its home in Silwan town, south of the Al-Aqsa Mosque.

Israel’s policy of rejecting building permit applications from Palestinians started many years ago and has led to the displacement of hundreds of Palestinian families following the demolition of their homes.

At the same time, Israel continues to build and expand its illegal, segregated colonies in the occupied West Bank, including Jerusalem, in direct violation of International Law, the Fourth Geneva Convention in addition to various United Nations and Security Council resolutions.

On Wednesday, the soldiers demolished an under-construction Palestinian home in Silwan, a home on the al-Walaja village, northwest of Bethlehem, and a car repair facility in addition to the foundation of an under-construction mosque, a well, and a toilet room, in Hebron, in the southern West Bank.