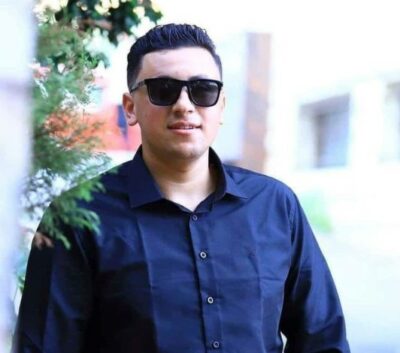 Israeli sources reported Tuesday that three Israelis were killed and three were injured in two areas before Israeli soldiers shot and killed a Palestinian near Ariel illegal colony near Salfit, in the central part of the occupied West bank.

Update: Israeli sources identified the three Israelis as Tamir Avichai, 50, from Kiryat Netafim colony in the northern part of the occupied West Bank, Michael Ledigin, 36+, from Bat-Yam, and Mordechai Ashkenazi, 59, from Yavne.

According to a statement by the Israeli army, a Palestinian arrived at the gate of the Industrial Zone in Ariel, stabbed several Israelis before fleeing the scene, and denied reports claiming that a second Palestinian was killed. However, it stated that the soldiers were looking for him.

Israeli Ynet News reported that the Palestinian allegedly stabbed a security guard at the gas station’s entrance, then attacked four others with a knife before using a vehicle to escape and rammed one Israeli before soldiers and armed guards opened fire in his direction.

According to Israeli Channel 7, one of the Israelis, in his 40s, died from critical wounds, a second man, also in his 40’s, was wounded at a gas station and succumbed to serious wounds, and the third, in his 30’s, was fatally injured near the gas station.

Channel 7 added that three other Israelis suffered critical or serious wounds and are receiving treatment at the Beilinson Medical Center in Petah Tikva.

The Palestinian has been identified as Mohammad Morad Sami Souf, 18, from Haris town near Salfit in the central West Bank.

According to Israeli reports, Mohammad had a permit and worked at a factory in Ariel.

Israeli paramedics rushed to the area, provided treatment to the wounded, and transferred them to Beilinson Medical Center before three of them succumbed to their wounds; three Israelis suffered serious wounds.

Israeli sources said the incidents occurred in two locations near Ariel when two Palestinians attacked Israeli colonizers at the entrance of the Industrial Zone and a gas station.

They added that a Palestinian fled the scene in a stolen car and was located by the soldiers on Route 5, where they shot and killed him, and said the young man first tried to flee the scene, resulting in a crash involving eight cars before he was fatally shot.

On Monday evening, the Palestinian Health Ministry confirmed that Israeli soldiers killed, at dawn, a teenage girl, Folla Rasmi Abdul-Aziz Masalma, 16, in Betunia town after shooting her with a live round in the head