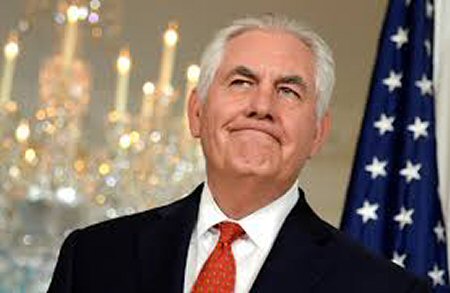 US Secretary of State Rex Tillerson said on Wednesday, during a visit to Jordan., that his administration has a fairly well advanced Middle East peace plan that has been under development for a number of months.

The United States threw the Arab and Muslim world into a rage, in December, when President Donald Trump recognized Jerusalem as the capital of Israel and initiated the move of the U.S. embassy from Tel Aviv.

Palestinian President Mahmoud Abbas said he would not cooperate with the United States in its efforts as a mediator.

“I have seen the US administration’s peace plan. It’s been under development for a number of months. I have consulted with them on the plan, identified areas that we feel need further work. I will say it’s fairly well advanced.” Tillerson said, according to Al Ray.

The plan is being crafted by a team led by Jared Kushner, Trump’s son-in-law and senior adviser, and U.S. Middle East envoy Jason Greenblatt, both of whom have traveled to key regional capitals since the Trump administration came into power.

The Palestinian Authority has grown increasingly concerned that any plan Trump unveils will shortchange them, a fear exacerbated by his move on Jerusalem, which upended decades of US policy that the status of the ancient city must be decided in negotiations.

The Trump administration has said it would back a two-state solution if the parties agreed to it.
However, Trump had threatened to cut off financial aid to countries that backed a UN resolution calling for Washington to reverse its Jerusalem decision.
Search IMEMC: “Trump”