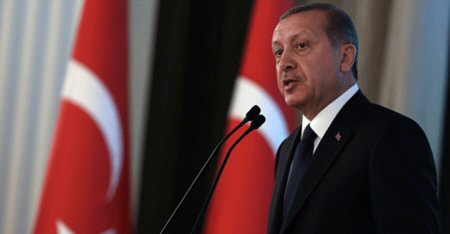 The Turkish Foreign Ministry, on May 16, told Israel’s Consul General in Istanbul Yosef Levi Sfari to leave the country “for a while”, following indiscriminate violence and killings of Palestinian civilians by Israeli soldiers along the Gaza border.

Turkey’s Consul General in Jerusalem was summoned by the Israeli Foreign Ministry on May 15, and was also asked to leave the country for an indefinite period of time.

In a statement issued by the Israeli Foreign Ministry, Gürcan Türkoğlu was summoned and asked to return to his country, considering the latest development on bilateral relations between Jerusalem and Ankara.

Turkey’s deputy prime minister had already withdrawn the country’s own envoys from Tel Aviv and Washington on Monday evening, shortly after South Africa announced its own envoy would be on the first available flight out of Tel Aviv.

Turkish President Recep Tayyip Erdogan described Israel as a terror state that committed a genocide against the Palestinians.

On its part, Israel ordered the Turkish ambassador to leave the country, while some Israeli officials accused the Turkish President of “supporting terrorism,” and called for severing ties with Ankara.

Former Finance Minister and the head of Yesh Atid Party Yair Lapid said the “reconciliation agreement signed between Netanyahu and Erdogan was a mistake,” and added that “it is time to admit that Erdogan is part of what he called “Islamic terror axis.”

Israeli Prime Minister Benjamin Netanyahu said Erdogan is “a terrorist, involved in slaughter, for supporting a terrorist group like Hamas.”

Since the border rallies began on March 30, more than 100 Palestinians, including twelve children, have been slain by cross-border Israeli gunfire, according to the Palestinian Health Ministry.

Last week, the Israeli government said the ongoing border protests constituted a “state of war” in which international humanitarian law did not apply.