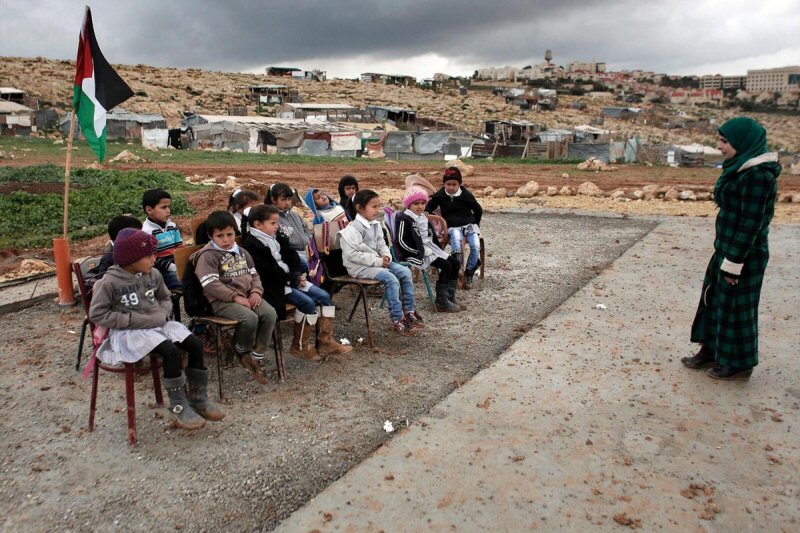 Dozens of Palestinian schools are at risk of being demolished by Israel, the UN has warned, leaving children in the occupied territories even more vulnerable.

At least 45 schools are now facing demolition by the occupying Israeli military, the UN office for the Coordination of Humanitarian Affairs (OCHA) warned on Sunday.

Children as young as seven would be left without schools if Israel carries out its demolition project, said Roberto Valent, acting OCHA coordinator for the occupied Palestinian territories.

“I am deeply concerned by the Israeli authorities’ demolition this morning of two donor-funded classrooms – third and fourth grade – serving 26 Palestinian schoolchildren in the Bedouin and refugee community of Abu Nuwar, located in Area C on the outskirts of Jerusalem,” he said in a statement.

“The demolition was carried out on grounds of lack of Israeli-issued permits, which are nearly impossible to obtain.”

Applications for building permits are known to take years to be processed, giving Israeli courts a loophole to accelerate Palestinian home demolitions by branding structures as “illegal”.

The demolition of schools and homes in the occupied West Bank is a near-daily occurrence, with Palestinian families often forced to pay fees of up to $41,000 for the destruction of their homes.

Abu Nuwar is a particularly vulnerable community, which faces a “combination of Israeli policies and practices – including demolitions and restricted access to basic services, such as education.”

Valent said, according to Days of Palestine: “The conditions it faces also represent those of many Palestinian communities have created a coercive environment that violates the human rights of residents and generates a risk of forcible transfer.

“This is the sixth demolition or confiscation incident in Abu Nuwar school by the Israeli authorities since February 2016.”

02/01/18 Krähenbühl: UNRWA Cuts Are “Most Severe Crisis in Agency’s History”