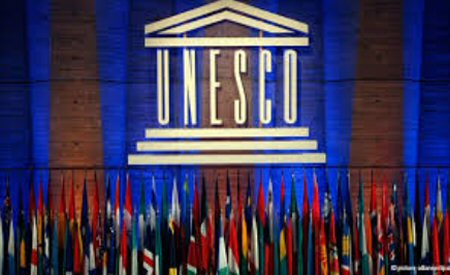 By consensus, the Program and External Relations Commission (PX), of the Executive Board of the United Nations Educational, Scientific and Cultural Organization (UNESCO), on Wednesday, adopted two resolutions on Palestine, in the framework of its 205th plenary meeting.

The resolutions, sponsored by Egypt, Jordan, Lebanon, Morocco, Oman, Qatar and Sudan, dealt with the issues of Jerusalem and two sites in Hebron and Bethlehem, as well as education and culture, among others.

One resolution stated, according to Al Ray Palestinian Media Agency, that, ”The Old City of Jerusalem and its Walls, a site inscribed on the UNESCO World Heritage List and on the List of World Heritage in Danger, is the sacred city of the three monotheistic religions – Judaism, Christianity and Islam,” reaffirming that “all legislative and administrative measures and actions taken by Israel, the occupying Power, which have altered or purport to alter the character and status of the Holy City of Jerusalem, and in particular the ‘basic law’ on Jerusalem, are null and void and must be rescinded forthwith.”

It also reaffirmed that, “The two Palestinian sites of Al-Haram Al-Ibrahimi/Tomb of the Patriarchs in AlKhalil/Hebron and the Bilal Ibn Rabah Mosque/Rachel’s Tomb in Bethlehem” are “an integral part of the Occupied Palestinian Territory, and shares the conviction affirmed by the international community that the two sites are of religious significance for Judaism, Christianity and Islam.”

It also deplored “the ongoing Israeli excavations, works, construction of private roads for settlers and of a Wall inside the Old City of Al-Khalil/Hebron which are illegal under international law and harmfully affect the authenticity and integrity of the site, and the subsequent denial of freedom of movement and freedom of access to places of worship.”

The resolution also asserted regret for “the visual impact of the Wall on the site of Bilal Ibn Rabah Mosque/Rachel’s Tomb in Bethlehem as well as the strict ban on access of Palestinian Christian and Muslim worshippers to the site, and demands that the Israeli authorities restore the original character of the landscape around the site and lift the ban on access to it.”

In the past year, all twelve decisions on the Middle East have been agreed upon after negotiation between the parties, facilitated by the UNESCO Secretariat.

UNESCO Director-General, Audrey Azoulay, commended “the spirit of dialogue and the sense of responsibility that led to this result. A trend towards consensus is now emerging.”

The decision adopted in the Commission will be submitted for final approval to the plenary session of the Executive Board, next week.