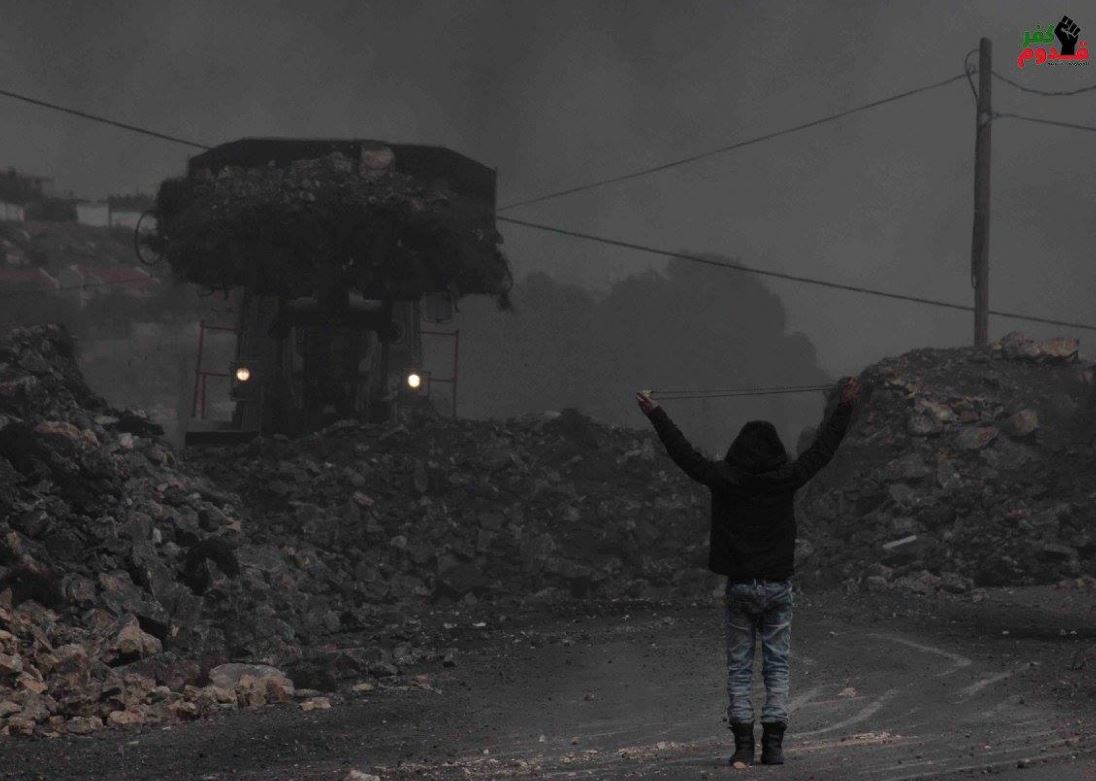 Israeli soldiers attacked on Friday dozens of Palestinians and international peace activists during the weekly protest in Kafr Qaddoum town, near the northern West Bank city of Qalqilia, and used jeep-mounted launchers to fired dozens of gas bombs, in addition to firing live rounds and rubber-coated steel bullets and sponge-tipped bullets; two Palestinians were shot, and dozens of protesters suffered the effects of tear gas inhalation.

Medical sources said a young Palestinian man, 26, was shot with a sponge-tipped bullet in the head, while another, 18, was shot with a live round in the leg, before medics moved them to the Rafidia government hospital, near Nablus.

Media coordinator of the Popular committee in Kafr Qaddoum Morad Eshteiwy said that the instant the protest began, the soldiers resorted to the excessive use of force, firing hundreds of gas bombs, including long-range ones, hitting many homes, including the homes of Abdullah Jom’a and Abdullah Ali, causing their families, including children, to suffer severe effects of tear gas inhalation.

Today’s protest marks the sixty-eighth Palestinian Nakba, when Israel was established in the historic land of Palestine, after destroying hundreds of villages and towns, committing massacres of Palestinian civilians, and displacing more than 750.000 Palestinians in 1948. 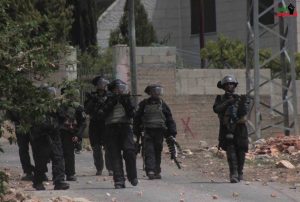 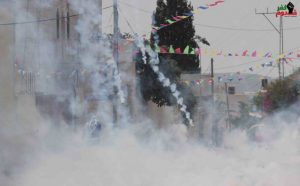 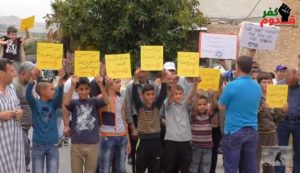 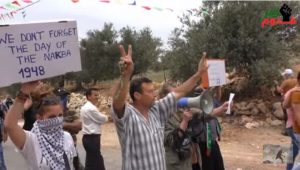