Why is Egypt Counting on US Aid to Israel? 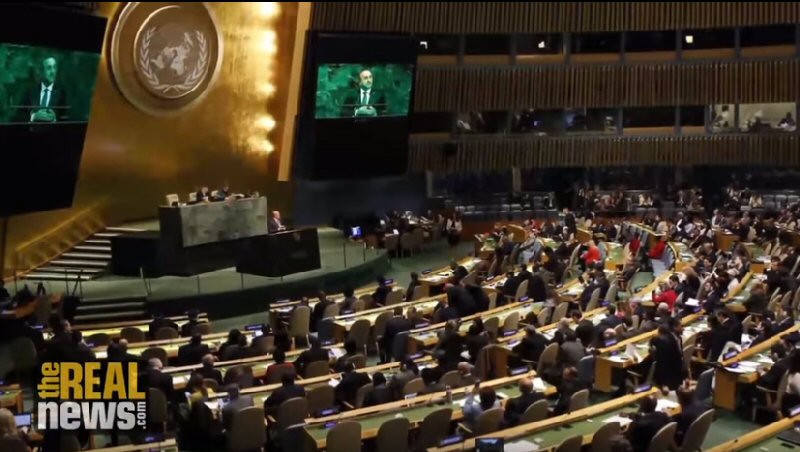 Trump’s promise to stop aid is based on a misunderstanding of how aid works.

Shir Hever: Leading up to the UN Assembly vote, condemning the U.S. recognition of Jerusalem as the capital of Israel, President Donald Trump warned that countries who voted in favor may lose U.S. aid.

Shir Hever: The country that initiated the vote against the U.S. and the Security Council and in the general assembly was Egypt, which also happens to receive the second highest level of U.S. aid in the world after Israel. U.S. aid to Egypt is in fact closely tied to its aid to Israel. Nothing embodies this more than the QIZ, the Qualified Industrial Zones. Qualified Industrial Zones were approved by the U.S. Congress in 1997, and were built in Egypt and in Jordan to promote regional economic operation with Israel. Items produced in these zones must contain components made in Israel or the U.S., as well as local goods in Egypt or Jordan. If they meet this condition, they can be exported to the U.S. under preferred customs arrangements. At the recent conference in Cairo, Egyptian business people declared their intentions to make use the QIZ, to take advantage of the rising prices in east Asia and develop the Egyptian textile exports.Ramy Shaath, the coordinator of the BDS movement in Egypt, the Boycott, Divestment and Sanctions campaign against Israel, estimated that since 2004, the U.S. lost revenue equal to $1.29 billion due to imports from the Egyptian QIZ, while Israeli companies profited $903 million from the QIZ. Middle East Eye reported on protests by BDS activists against the QIZ and the plan to involve Israeli companies in Egyptian textile exports to the U.S. Considering how aid to Egypt is part of a broad U.S. strategy to cement an alliance to Israel, Jordan, and Egypt, it is highly unlikely the U.S. will stop aid to Egypt, following the general assembly vote, despite the threats by President Trump. Belligerent language aside, Egypt was not deterred from openly criticizing Trump’s biased approach. The member states of the UN overwhelmingly voted in favor of Egypt’s proposal.