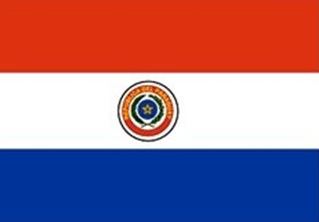 Paraguayan Foreign Minister, Hector Lacognata, stated Friday that his country recognizes a Palestinian state, free and independent in the 1967 territories.’With the failure of negotiations between Israel and the Palestinian Authority, the recognition of Palestine within 1967 borders is fundamentally based on international rights as is seen repeatedly in the United Nations resolutions related to the issue,” Lacognata said as quoted by Reuters.

The move comes just before a summit scheduled in February between countries in Latin American and several Arab Countries. The summit will be held in Lima and Peru in February.

Palestinian Foreign Minister, Riyadh Al Maliky, welcomed the decision and noted the good relations between Paraguay and the Palestinian people.

Paraguay is the ninth country in south America that had officially recognized an independent Palestinian State.

Brazil, Argentina, Bolivia, Venezuela, Peru, Chili, Ecuador, Guyana and Uruguay have recently recognized a Palestinian state within the borders that existed before the 1967 six-day war at which time Israel occupied the rest of Palestine.

Israel “slammed” the wave of recognitions and considered them as “a highly damaging interference”, adding that these countries were never involved in the Middle East peace process.

More than 130 UN member states have recognized the Palestinian right to an independent Palestinian State.