King Abdullah: “Netanyahu Seeks The Collapse of The Kingdom” 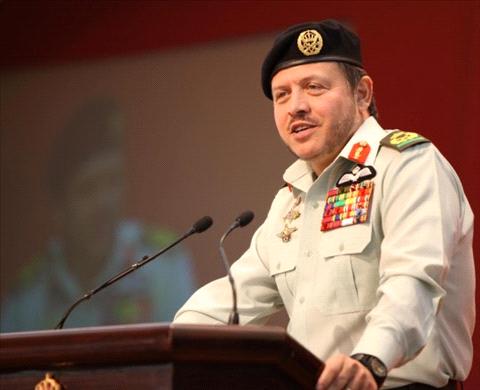 Media sources reported that King Abdullah of Jordan stated that Israeli Prime Minister, Benjamin Netanyahu, is seeking the collapse of the Hashemite Kingdom by transforming it into an alternative country for the Palestinians. The king added that Netanyahu does not believe in the two-state solution with the Palestinians.

His statements came, two days ago, during an interview with the Washington Post, in which he also stated that Netanyahu and his government toppled the two-state solution, and do not have any clear political plan to resolve the conflict.

“It is clear that this government wants to cause the collapse of the peace process in the region”, King Abdullah added, “We believe that Netanyahu and his government are trying to push Jordan into becoming an alternative homeland for the Palestinian people”.

Responding to a question regarding the possibility that Egypt would void its peace agreement with Israel, and the effects of the Arab Spring, the Monarch stated that what happened in Egypt, and the attack against the Israeli embassy in Cairo, in addition to the declining Turkish-Israeli relations, could push the Egyptian government to void its peace deal with Tel Aviv, adding that the ongoing policies of the Netanyahu government also threaten the Israeli-Jordanian relations.

King Abdullah further stated that ‘it seems clear that Israel is systematically acting to weaken the Palestinian Authority of Mahmoud Abbas in the West Bank, in order to force its collapse’, adding that this would be the first step before the whole peace process in the region collapses, allowing Israel to implement its agenda of transforming Jordan into Palestine and voiding the two-state solution.