Israeli Government To Relocate 2,300 Bedouin In Order To Expand Settlement 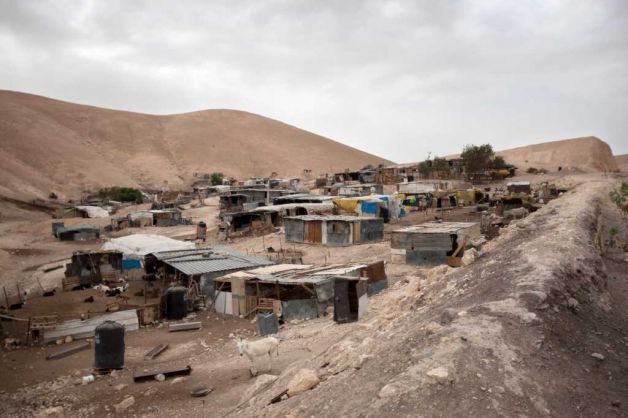 Israeli officials have announced a plan to displace twenty Bedouin Arab communities from their homes in the West Bank between Jerusalem and Jericho, and move the residents to a site along the Jerusalem municipal garbage dump.The forced displacement of the 2,300 residents is scheduled to begin next month. It is part of a larger plan by the Israeli government to forcibly transfer over 27,000 Bedouins from the West Bank into designated reserves, making their traditional profession of shepherding herds of animals much more difficult.

Although the Bedouin Arabs are traditionally nomadic, under the last sixty years of Israeli rule, they have been forced out of their herding areas and prevented from constructing homes. Israeli authorities have destroyed the homes of Bedouins living in ‘unrecognized villages’ dozens of times to try to force them to relocate.

Of the 2,300 people in the Jahalin tribe scheduled to be transferred next month, two-thirds are children. They currently live in makeshift shacks made of corrugated tin, cardboard, and scraps of wood. The Israeli occupying government has refused over the years to provide the Bedouin with services, and has forcibly displaced the tribes on a number of occasions.

One resident of the Bedouin village slated for removal, Eid Swelem Jahalin, 46, told reporters with the British newspaper The Guardian, ‘Because of the [military] closures and the settlements, we are living in a jail which gets smaller every year.”

The current round of displacements will allow for the expansion of the Ma’ale Adumim settlement, an illegal Israeli settlement located east of Jerusalem in the West Bank. According to the Israeli government’s plan, the settlement would be expanded to bisect the West Bank. This would make a contiguous Palestinian state impossible.

The head of the Israeli civil administration visited the Bedouin villages last week to announce the eviction order. According to Jahalin, “He said the land belongs to the government, and that we are illegally here. I told him that I lived here before 1967, before you even came to our land.’

The Bedouin say that the displacement will destroy their traditional lifestyle, deny them the ability to graze their livestock, and expose them to health risks by placing them next to the Jerusalem municipal dump.