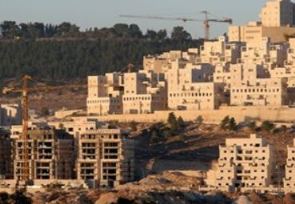 The Israeli government decided on Sunday to build an additional 1,000 units in a number of Jewish-only settlements in the occupied West Bank, including in illegally annexed East Jerusalem.Israeli daily Yedioth Aharonoth reported that the Israeli Housing Ministry and the so-called “Israel’s Land Authority” decided to build the new units in three settlements, located in East Jerusalem and the West Bank.

The approval is part of a larger plan that aims at building 6,000 units in 44 settlements in different parts of the West Bank, including Jerusalem.

The plan is the building of 348 units in Beitar Eilit settlement, west of Bethlehem, 500 units in Jabal Abu Gheim (Har Homa) settlement east of Jerusalem, and 180 units of Pisgat Zeev, north of Jerusalem.

According Yedioth Aharonoth, the Israeli government tried to delay the announcement of the new projects in order to avoid ‘condemnations’ from the United States and the European Union.

The Israeli government insists on what it calls “Israel’s right to build housing projects for its citizens”, yet, settlements violate International Law and the Fourth Geneva Convention, as they are built in territories that are under occupation.

The Palestinian Authority of Mahmoud Abbas had to quit peace talks with Israel in September 2010, due to its illegal settlement activities, and its ongoing invasions and assaults in the occupied territories.