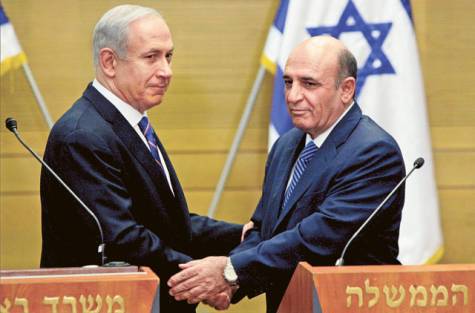 Late Tuesday night news broke that Israel’s Kadima Party dropped out of Prime Minister Netanyahu’s grand coalition government over the Prime Minister’s surrender to ultra-Orthodox political groups.Multiple news agencies reported Tuesday on the break between the Kadima Party and Netanyahu’s coalition government. A schism has been growing between moderate and centrist coalition members on one hand and increasing right-wing elements of the Knesset on the other.

Prime Minister Netanyahu has never shied away from his conservative credentials, but some members of the Israeli parliament believe that his shift toward the ultra-Orthodox political sphere is a step too far. The final break came when Netanyahu took the side of far-right and ultra-Orthodox communities resisting an expansion of Israeli conscription requirements for members of the religious community.

IMEMC reported this issue two weeks ago. The ultra-Orthodox community in Israel is largely unencumbered with the responsibilities of military service that are otherwise universal for Israeli Jews. Many moderate, centrist and progressive elements of the Knesset have called on increasing ultra-Orthodox military/national service commitments in the past year. Israel’s social justice movement made conscription expansion a central element of its platform.

The ultra-Orthodox community is the most fervent proponent of Israeli expansion into the West Bank and is the largest population represented in Israel’s extensive network of illegal settlements. As such it is burden on state finances and infrastructure. Ultra-Orthodox communities also draw the largest amount of per capita benefits from the state both for their traditionally large families and for their often life-long commitment to religious study in the place of economically productive employment.

The loss of Kadima both severely weakens Netayahu’s remaining coalition partners and damages his public perception as an innovative political leader. Reuters called the loss a ‘serious political blow’ to the Prime Minister.

The Netanyahu government faces no immediate threat of collapse and it still holds a strong majority, but the loss of Kadima could be indicate change in the future. How such changes would affect the majority government’s foreign policy and policy toward the Occupied Palestinian Territories remains unclear at this time.