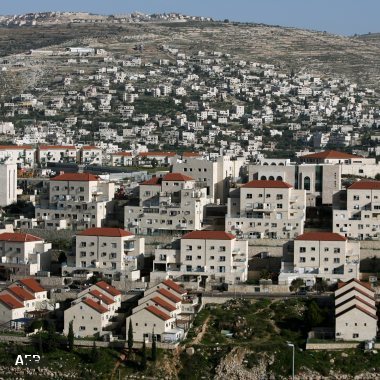 Israeli daily, Haaretz, reported Monday that the governments in Britain, Sweden and France summoned the Israeli ambassadors in protest to the newly declared Israeli plan to construct settlement units in the area that links Ma’aleh Adumin illegal settlement bloc with occupied East Jerusalem, in the area that Israel calls E1. Haaretz reported that the Israeli ambassador in London, Daniel Taub, Israel’s ambassador in Sweden, Isaac Bachman, and its ambassador in France Yossi Gal, were informed that Israel must void its decision, and must refrain from any settlement activities in the occupied West Bank, and in occupied East Jerusalem.

The British Foreign Office even issued a statement after the Israeli ambassador was summoned and said that Israel’s decision to build 3000 units in West Bank settlements, and its revival of the E1 project, are serious violations that threaten the two-state solution.

It is worth mentioning that five senior European diplomats filed, since last Friday, strong-language protest documents to the Israeli Foreign Ministry and to the office of Israeli Prime Minister, Benjamin Netanyahu, demanding Israel to void its decision.

Also, British Ambassador to Tel Aviv, Matthew Gould, and French Ambassador, Christophe Bigot, contacted the General Manager of the Israeli Foreign Ministry, Rafi Barack, and several officials at the office of Netanyahu, informing that that their countries strongly reject the Israeli plan, and called on Israel to void it.

Dutch Ambassador to Tel Aviv, Caspar Veldkam, European Union Ambassador, Andrew Standley, in addition to the deputy head of the German Embassy in Tel Aviv and several European officials contacted the Israeli Foreign Ministry and the office of Netanyahu informing them that their countries and the European Union strongly denounce and reject the Israel’s plan and its settlement activities in occupied Palestine.

Israel’s settlements in occupied Palestine violate International Law, and the Fourth Geneva Convention to which Israel is a signatory.