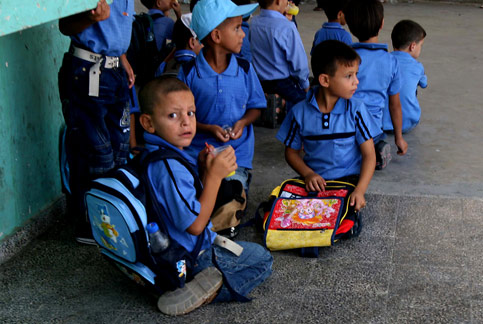 The Palestinian Authority has failed to pay the salaries of teachers and other civil servants in the West Bank for months, largely due to the withholding of most of its funds by Israeli and U.S. Authorities. As a result, teachers announced Saturday that they will take strike action this week.Following the vote for Palestinian statehood at the United Nations last month, Israeli authorities seized nearly $100 million USD that was supposed to be transferred to the Palestinian Authority for employee salaries. Instead, the Israelis used it to pay themselves for alleged electricity debts owed by the PA to Israel.

In this case, the Palestinian Authority was already severely strained financially when the November seizure of tax money took place. By September of 2012, the Authority already had a $400 million USD deficit for the year. Much of this deficit was due to the failure of international donors to provide the financial assistance they had promised.

In November, Palestinian teachers went on strike after not receiving salaries for two months. Now, they are three months behind in receiving their salaries, and have renewed calls for a strike.

They will begin with a partial strike on Wednesday and Thursday, and continue indefinitely after that, according to a union spokesperson. They will call off the strike if the Palestinian Authority pays their salaries.