Netanyahu Forms Committee To Enlist Christians In the Army 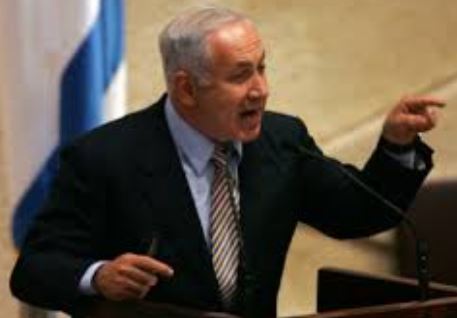 In a serious escalation of the Israeli attempts to divide the Arab community in the country, and amidst massive objections, Israeli Prime Minister, Benjamin Netanyahu, ordered the formation of a special committee to recruit Arab Palestinian Christians in the country to the Israeli military. Netanyahu and a number of Christian “leaders” will be forming this committee in the coming two weeks; its main aim is to enlist Christians in the occupation army.

Israeli daily, Haaretz, has reported that the decision was made by Netanyahu following a meeting he held, on Monday morning [August 5, 2013] with Father Jubrael Naddaf, known for his stances encouraging enlistment in the Israeli military despite massive objections from the Arab Palestinian Christian community.

Naji Obeid, head of the Orthodox Council in Nazareth-Jaffa, and Lieutenant-reserve, Shadi Halloul, attended the meeting.

According to Haaretz, Netanyahu stated that “Christians in the country must be allowed to join the Israeli army and defend the state”.

Netanyahu added that he “salutes” those recruits, and that Israel “will not allow any person or group to threaten or harm them”.

Arab Legislator in Israel, Bassel Ghattas, sent a letter to Patriarch Theophilos III of Jerusalem, regarding acts by certain priests, especially Father Naddaf, who supports enlistment in the Israeli army and is encouraging Christian youths to join the Israeli occupation army.

Ghattas denounced the actions of Naddaf, and stated that those stances violate his moral and religious responsibility, adding that Naddaf is using his priesthood as the head of a well-respected Christian Palestinian community, to encourage the youths to enlist in the army that occupies and oppresses their own people.

Ghattas added that the Arab Orthodox Christian committee in the country is a community of real patriots, leaders and freedom fighters, including Father Yacoub Al-Hanna in Al-Rama in the Galilee, George Habash, the founder of the Popular Front for the Liberation of Palestine (PFLP), Nayef Hawatma, secretary-general of the Democratic Front for the Liberation of Palestine (DFLP) and many leaders and figures.

Ghattas added that Father Naddaf must be excommunicated and removed from his post, and that Naddaf must apologize to the Christian community.