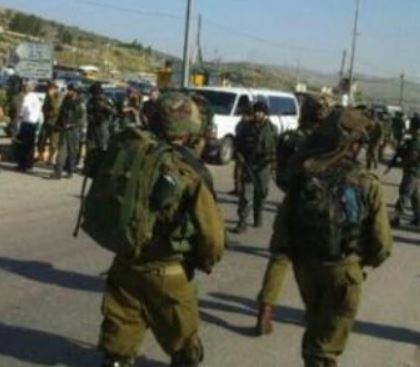 Dozens of Israeli soldiers invaded, late on Wednesday evening [August 29, 2013], the village of Aseera, north of the northern West Bank city of Nablus, and drove around in its streets in a provocative manner, local sources have reported.The sources said that the army did not break into homes during this invasion, and did not conduct any arrests, and that the soldiers withdrew from the village later on.

In related news, soldiers installed a number of roadblock south of west of Nablus, and searched dozens of vehicles while interrogating the residents.

The army also stopped and searched dozens of vehicles at the Za’tara roadblock, south of Nablus, and a roadblock close to the Ennab roadblock, linking between Nablus and Tulkarem.

Local sources said that the soldiers searched some cars, and interrogated several residents while inspecting their ID cards.